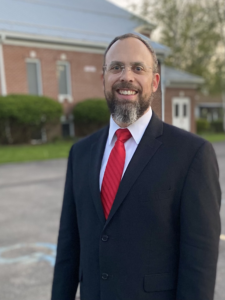 Jonathan has thirteen years of missionary and pastoral experience, including missionary work in Taiwan and pastoral work in Wisconsin. He has served most recently in Jackson, MS at First Presbyterian Church PCA as the Intern of Worship and Music under Rev. Dr. William K. Wymond and at Reformed Theological Seminary as a teaching assistant to Rev. Dr. J. Ligon Duncan III. He holds a Master of Divinity from Reformed Theological Seminary in Jackson, MS. We welcomed Jonathan and his wife Heather to Armor in June 2017. 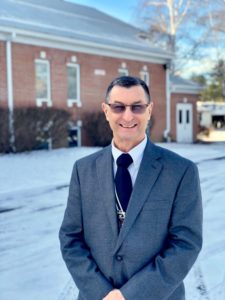 Gary Goeddertz has served on the Armor Session since 2009. Gary was born and raised in the Buffalo, NY area. He went to Canisius College and earned his BS in Engineering from SUNY Buffalo. Gary and his wife, Kathy, have 3 adult children, all married, and 9 grandchildren. Gary & Kathy are both retired, enjoy visiting their children, and spending time with their grandchildren. Gary has also served on the Diaconate Board, teaches Adult Sunday school, and Bible Studies. 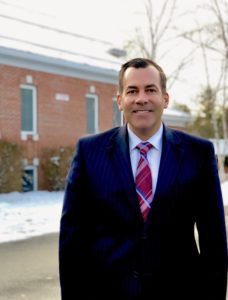 Born and raised in St. Catharines, Ontario, Jonathan met his wife Jillian, a western New York native, in 2003, and two years later they were married.  While engaged to be married, Jonathan and Jillian started attending Armor, and have been at the church ever since.

Residing in the town of Orchard Park, Jonathan and his wife have been blessed by God with six children, and are currently homeschooling them.

Jonathan is an asphalt paving and concrete contractor, which, though seasonal, keeps him very busy for several months of the year.

Jonathan is very thankful to have been brought up in a Christian home, and has often considered what a blessing it is that God has so graciously given him a legacy of faith. As David declared so many years ago, “For thou, O God, hast heard my vows: thou hast given me the heritage of those that fear thy name.” (Psalm 61:5)

Jonathan enjoys studying theology, and helping his wife with the many tasks and responsibilities that accompany raising a family.

Chris Layer has served on the Armor Session since 2009. Chris grew up on a farm in Ithaca, New York. He earned a BS in Engineering from Purdue University. Currently he is working in the aerospace industry for Moog in East Aurora. He and his wife Holly have three children. In his spare time he is helping his son remodel his 110 year old home. A favorite book of his is “Evidence Demands a Verdict” by Josh McDowell. 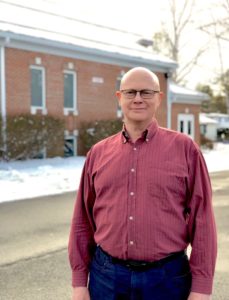 LeRoy began his service on the Armor Session in 2018. Following high school graduation in Arcade, NY, he attended University of Rochester (BS Engineering) and SUNY at Binghamton (MS Accounting). He retired in 2018 after a career that included public accounting, corporate finance and the printing industry, all in the Buffalo area. LeRoy is married to Beth and has two adult children that he enjoys sharing time with, one of whom resides in Buffalo and the other in California.

LeRoy teaches Junior High Sunday School and adult men’s Bible studies, as well as being a member of the Armor Missions Committee. He is ever thankful for the opportunity at Armor to grow in knowledge and love of our Lord and Savior, Jesus Christ. 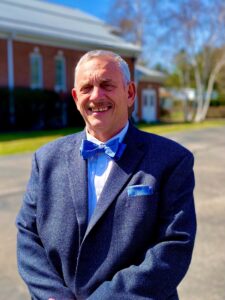 Rick has 35 years of pastoral and educational experiences, including pastoring at four different churches, teaching in Christian schools and lecturing at a Christian college. His last pastorate was in Rutherford, Tennessee. He attended Tennessee Temple University and Maryland Baptist Bible Seminary, where he earned his MBS.Rick grew up on the family farm near Ithaca, New York, and joined the Air Force shortly after graduating from high school. It was while he was in the Air Force, stationed at Holloman Air Force Base in New Mexico, that the Lord in His mercy saved him. His life has been radically different since then.

Rick and Margaret were married in 1978 and have raised three boys; the two youngest are adopted. They have three grandsons. Rick retired in the fall of 2016.

Rick enjoys studying the scriptures and reading theology books. He also enjoys working around the church on the Tuesday Crew, sharing God’s Word, and being an encouragement to people. 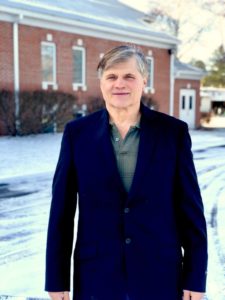 Rick joined the Armor Diaconate in 2015. He was born and raised in Kenmore, NY. He earned his AAS from Hilbert College, his BS from SUNY Buffalo, and attended graduate school at Canisius College. Rick is currently employed at the US Postal Service. Rick & his wife Doris have 4 adult children, all married, and 7 grandchildren. Rick has lead and been active in Bible studies and is he is currently taking LOL as he continues to grow spiritually. 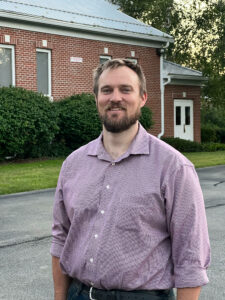 Caleb grew up in a Christian home in Ohio on a family dairy farm.  He is grateful to have been raised in the faith and to have gained a strong work ethic.  In 2007, he graduated from Geneva College with a Bachelor of Science in Engineering, and in 2021 he earned a Master of Business Administration through online study from Geneva College.

Caleb moved from Ohio to New York in 2008.  He currently lives in Ashford, New York with his wife, Melissa, and six children.   He also maintains a New York Professional Engineering license and practices Civil Engineering at MDA Consulting Engineers in Ellicottville, NY.

Caleb started attending Armor in 2009.  He has served the church in the Audio/Visual department where he and the AV team support the various activities in the church including Worship Services, Sunday School, and other activities as needed. 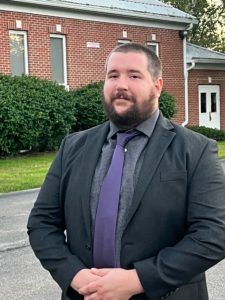 In his childhood, Nick attended church on-and-off; however, he had never comprehended the truth of the gospel until, during his senior year of high school, God gave him the eyes to see and the ears to hear, understand, and rejoice in God and His gospel. Nick is currently pursuing a degree through the Log College and Seminary under the mentorship of Pastor Jonathan Hunt.
Nick grew up in Western New York, but moved out of state for several years before returning to the area in 2019. He currently lives in Youngstown, NY with his wife, Kirsten, and their six children and he works in the insurance industry.
Nick and his family have been attending Armor Bible Church since 2021 and now serves as the clerk of the deacon board and helps care for the widows of the church. 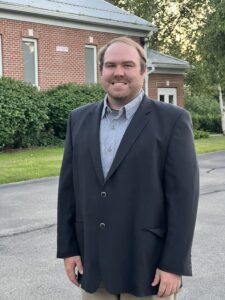 Jonathan was born and raised in a Christian home in Northwestern PA.  Upon completing high school, he went on to pursue a 3-2 Engineering program, earning a BS in Physics from Westminster College in New Wilmington, PA and a BS in Engineering with a concentration in Civil Engineering from Geneva College in Beaver Falls, PA. After graduating in 2016, Jonathan moved to WNY and began working for a Civil Engineering consulting firm. Jonathan is currently serving as the diaconal treasurer. In additional to his diaconal duties, Jonathan enjoys helping with the audio visual team and organizing church fellowship opportunities. Jonathan is grateful to have also known the Lord and is continually growing and striving to know Him more.